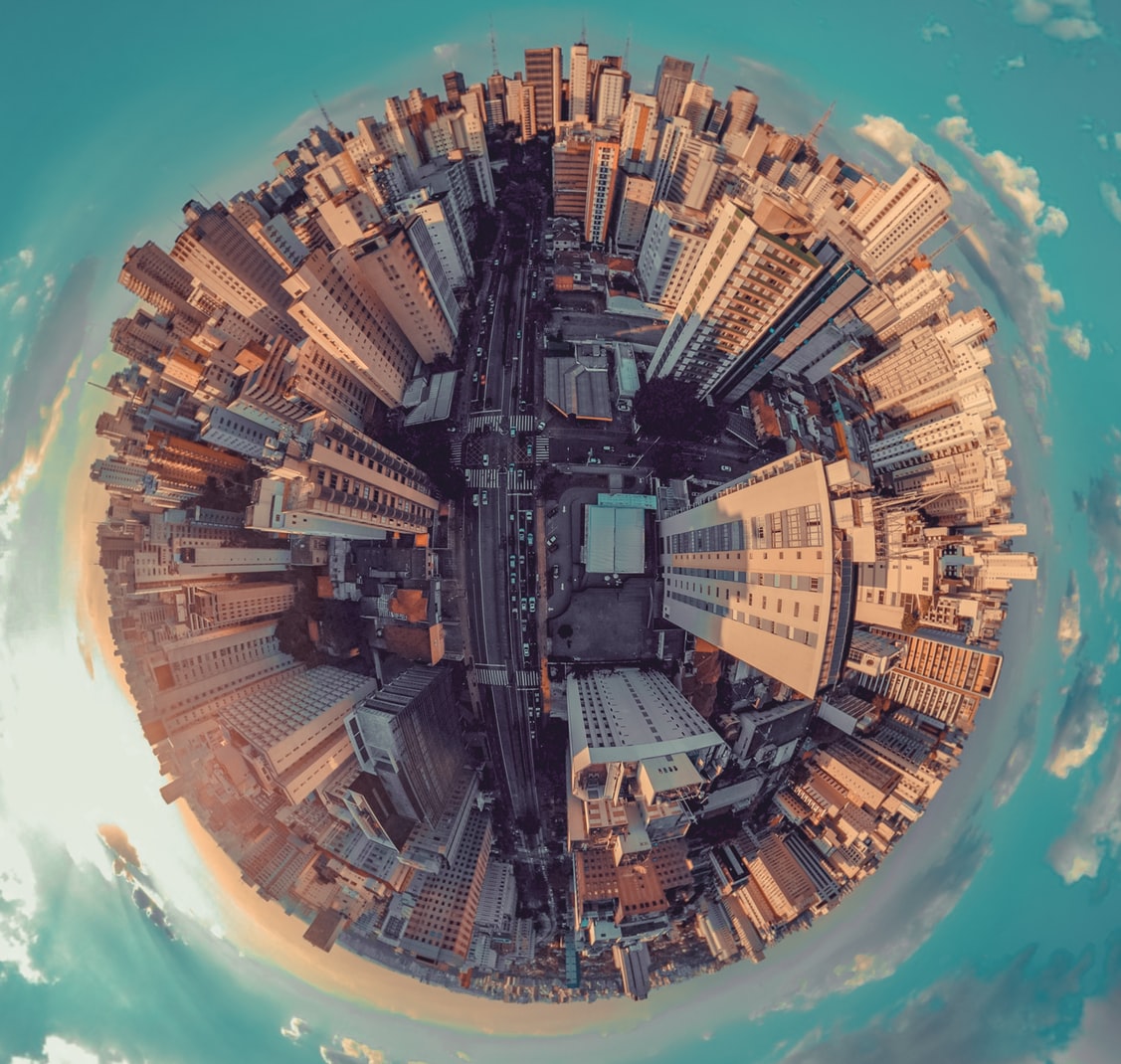 As mental health stigma continues to die down, more and more people are starting to come out of the shadows and reveal their struggles with mental illness. It has been around since the beginning of time, but hidden away from others out of fear of ridicule and shame. Many people around the world used to and continue to view mental illness as “the devil’s work.” But today we know that this couldn’t be further from the truth.

It’s just the brain experiencing errors, just like any other organ of the body, resulting in a disease. Why has it taken so long for people to accept mental illness? Because it’s much more threatening to the ego than a physical disorder is. People are more comfortable accepting the idea that one has cancer, HIV or coronary artery disease.

But when it comes to psychosis, people are repelled by the idea that one’s mind can malfunction to the point of inducing hallucinations. It’s easier for people to blame a supernatural force such as a demon causing a possession, than it is for them to understand that the brain can malfunction just like any other organ.

But those times are now buried in the past. People nowadays are more comfortable than ever sharing their stories and struggles with mental illness. And this makes the doctors of this field psychiatric superstars! We are the ones on the front lines, taking a patient’s history and carefully listening to the person inside the human being.

We are the physicians who sit down for even 45 minutes at a time to listen to a psychiatric patient cry, and spill their emotions and mental problems onto us. Can you imagine how difficult it is for us to go to work every day and listen to patients’ emotional and mental struggles? Would you be surprised if we were to inform you that this process affects our mental well-being as well?

But we are resilient and so are you guys! Psychiatry is the new field on the block; not literally, as the beginning of psychiatry as a medical speciality dates back to the middle of the 19th century. It’s the newest field that is probably in the most demand. In the United States, there continues to be a shortage of psychiatrists and an uprise in mental health patients seeking professional help and guidance.

The DSM Ready Movement was started with the goal of defeating the remaining stigma surrounding mental health and the field of psychiatry. It’s an attempt at bringing the entire world together, regardless of one’s race, ethnicity, appearance, sexual preference or political affiliation.

The DSM Ready movement welcomes all skin colors, sexual orientations, democrats and republicans. DSM recognizes the great power of division and that’s why it does everything it can to not partake in it. This movement is about growing and learning together. It’s about creating a one-world stage that will hold the greatest amount of people in human history, coming together to embrace our struggles with mental illness and normalizing the process.

Personal note: I would like to thank everyone who has engaged with this blog since its inception 7 months ago. All of your comments, likes, links, shares and referrals have been much appreciated, and it’s because of you guys that I am able to keep this dream alive and kicking. Without your help, DSM would not have gained the traction that it has in 2019.

Thank you for all of your support and may we skyrocket The DSM Ready Movement to the moon, moving forward into 2020! You guys are in charge of this rocket ship’s guidance and trajectory; I am only the one providing the platform. 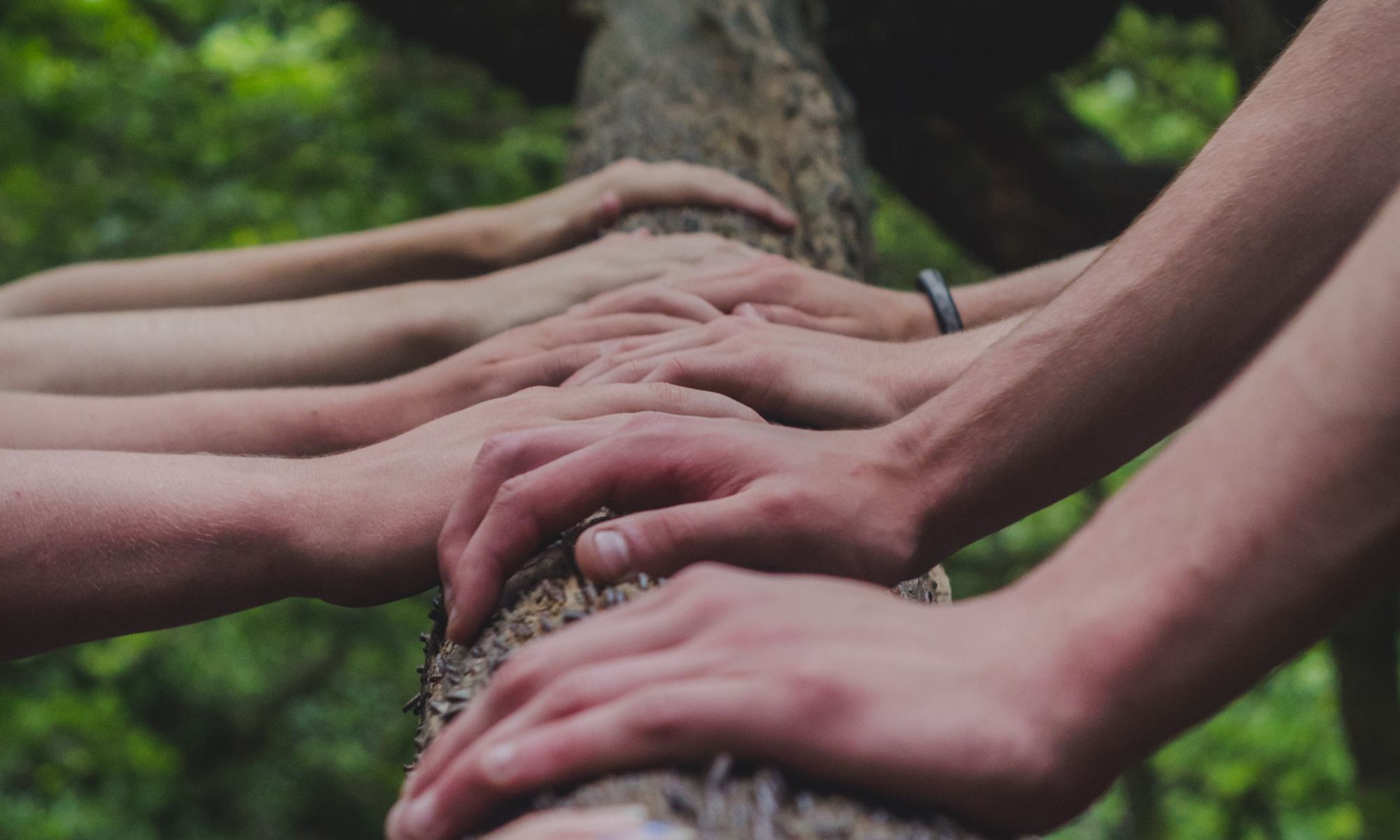 Learning To Work In A Team

We are all selfish to a certain degree. If we could accomplish everything ourselves and take all the credit, we’d ask each other “where do I sign up?” Accomplishments feel good and attract attention and praise; it elevates our self-esteem and even provides us with greater motivation to achieve unaccomplished goals.

But not everything can be accomplished by yourself. Sometimes you need to learn how to work in a team. Many people shoot themselves in the foot by refusing to be great team players; their stubbornness or arrogance holds them back from reaching their full potential in life.

Don’t be one of them. There is nothing wrong with working in a team; collaboration brings many minds together to help solve problems more efficiently. People can tell when you are selfish and not a team player. And guess what happens? Many doors of opportunity are never opened for you, because they are opened for others who are willing to shine together.

Selfishness reeks to high heaven. Who wants to be around a skunk? That’s how you are perceived when everything is about you. Nobody has any interest in trying to guide or help you achieve your dreams. This does not necessarily mean that people don’t like you or won’t talk to you; they just won’t share a piece of the cake with you.

Teamwork truly makes the dream work. Very few people become a success story on their own. There is always a coach, mentor, teacher, guidance counselor, family member or someone significant who helps flip a person into a success story. You have to discover who those people are and allow them to help you, while you help them too!

And even if you start seeing success while working in a team, don’t become arrogant and take all the credit. Rather, be humble and give credit where credit is due. It is better to take less credit for your achievements than to brag with your chest puffed out. People will be more appreciative of your honesty and humbleness.

No talent goes unnoticed. But talent without teamwork can fall short of its full potential. 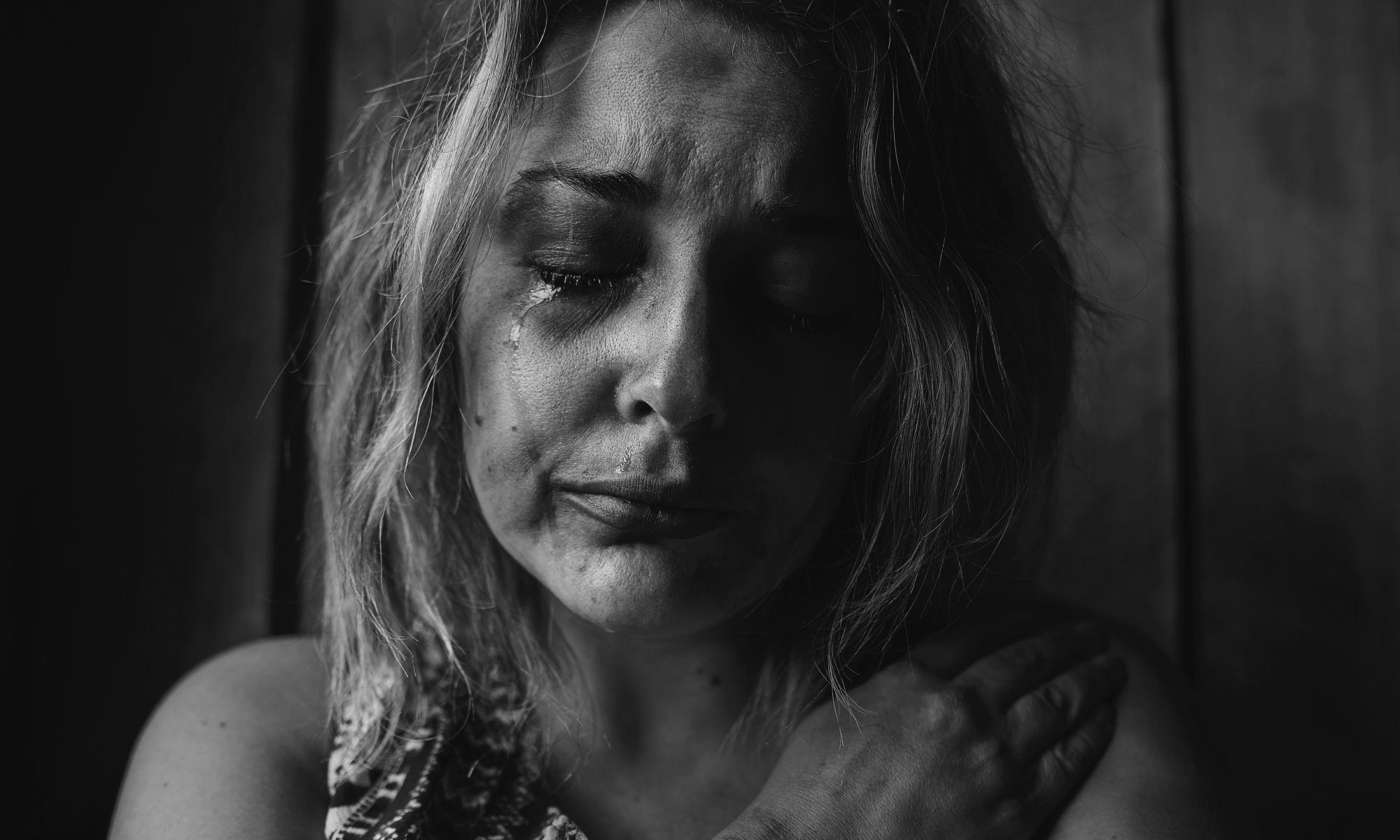 The first step is to help yourself by becoming open to the fact that mental illness is not some crazy psychological “in your head thing” caused by demonic possession or weakness; let us end the stigma that keeps many people from coming out and seeking the treatment they deserve and need. Just as how physical disorders harm the body, the same concept applies with mental illness: the mind is being rocked out of its place.

By accepting that mental illness is real and not a “weakness”, you are now ready to share your heart and mind with someone with a mental illness. Listen to them! Sometimes just listening is half the battle of helping someone defeat a mental illness. There is something magical and therapeutic by listening to someone share their symptoms: it helps them feel understood and appreciated.

Show them empathy and concern; show them that you truly care! Patients suffering from mental illness can tell when a psychiatrist is truly caring for them; it radiates like the sunshine on a warm summer day. To show empathy is to attempt to understand the emotions and suffering that someone with a mental illness is experiencing; it is stepping into their life and sharing their pain, even if it’s for a moment!

Be there for them! If it is someone close to you like a family member or a close friend, keep in contact as much as possible. When you allow someone with a mental illness to become isolated, their chances of committing suicide dramatically increases; isolation is a campground for negative and harmful thoughts. Maintaining a strong and close connection with someone suffering from a mental illness often helps them cope more efficiently and get through their illness; your presence makes a difference.

Treat others as you would like to be treated! 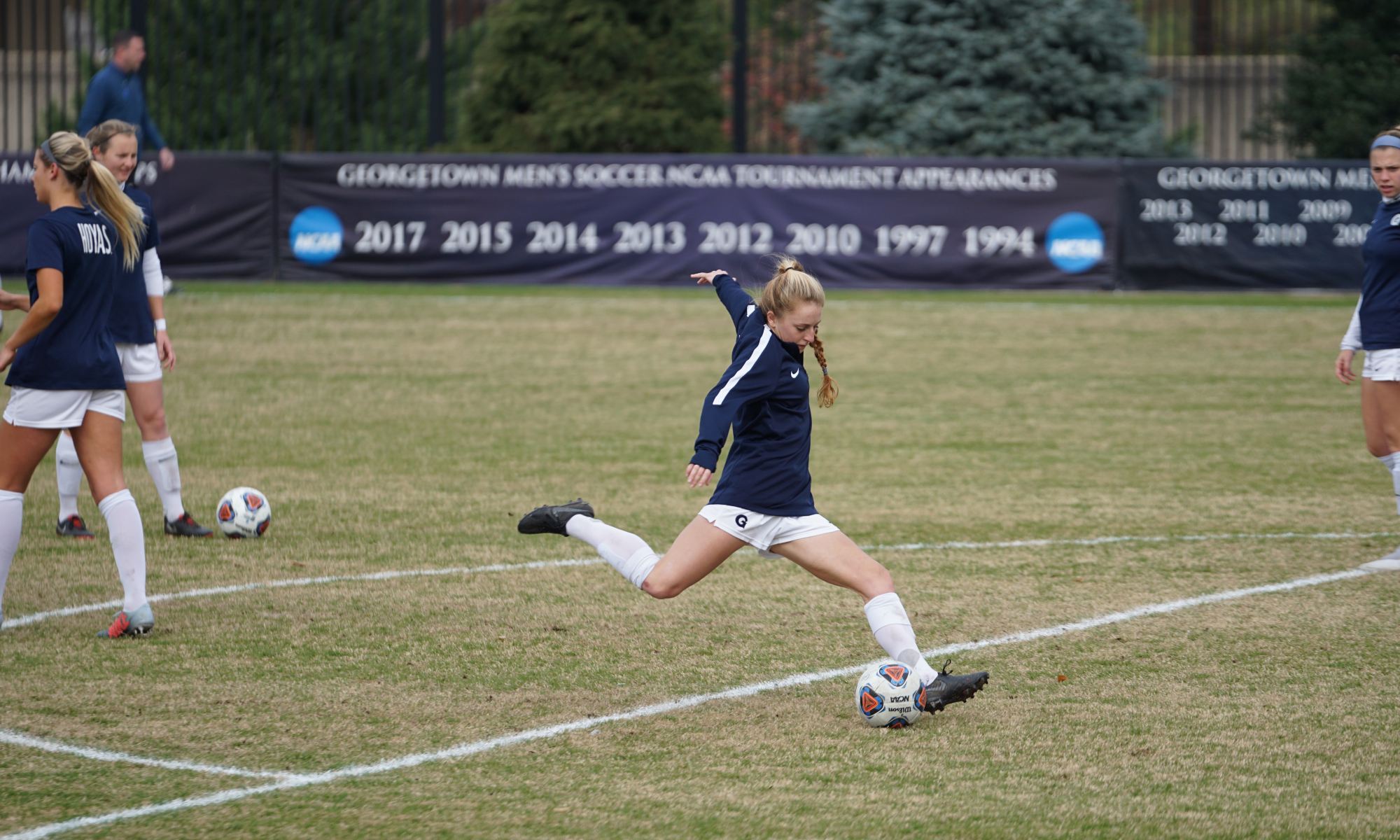 The Beauty Of Teamwork

The women’s United States soccer team won the 2019 FIFA World Cup by beating the Netherlands 2-0 in the final match. Seeing an American team dominate in the sport of soccer when traditionally the sport has been dominated for generations by other countries, is a great feeling and nice moment to observe!

Getting involved in a team sport has many advantages:

Soccer is a great sport to get involved in, whether you decide playing it at age 40 or would like your daughter or son to try it out. It has many health benefits including:

So what are you waiting for? Get out there and stay active; your health and well-being depend on it!