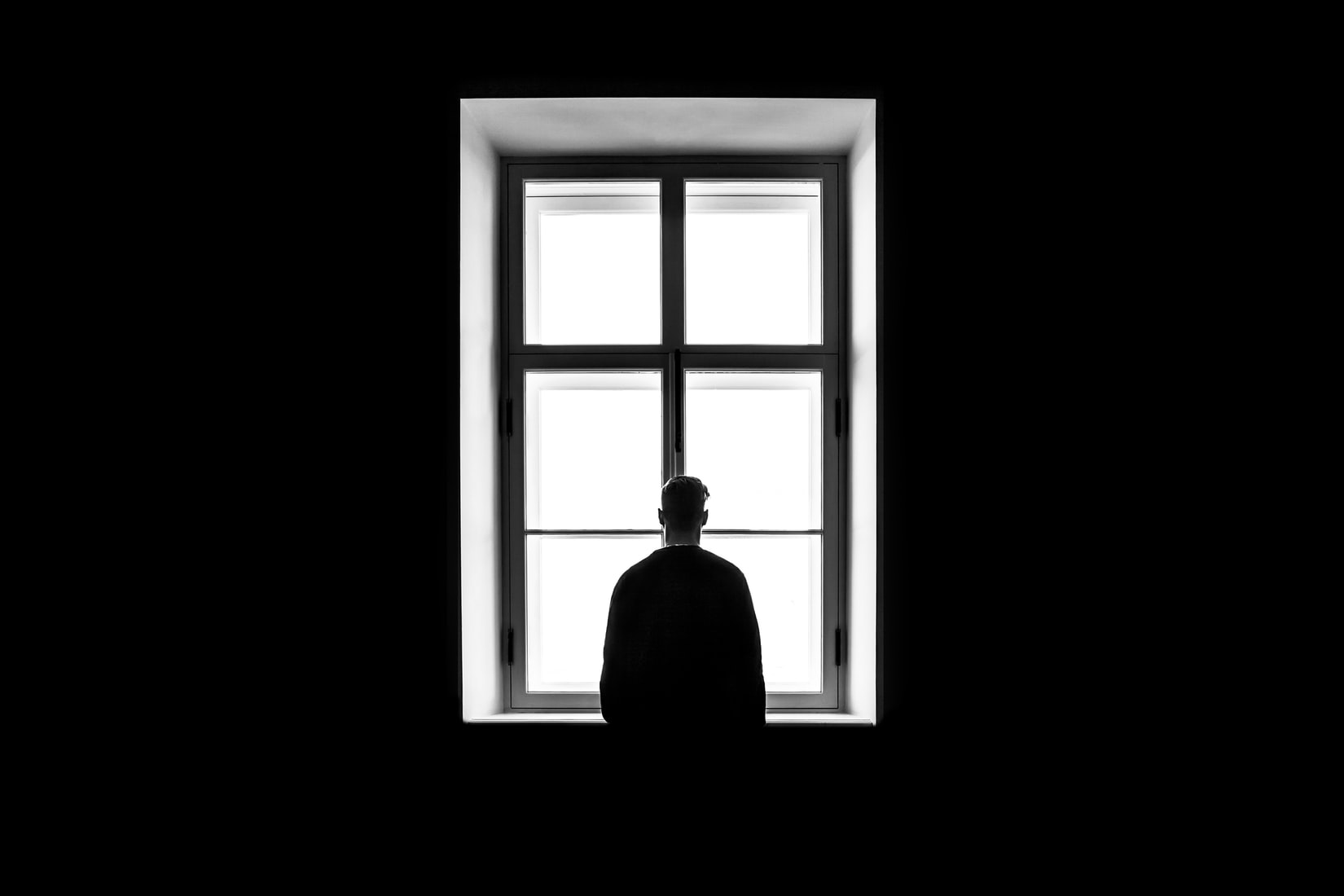 Sadness In The Shadows

Depression is like an invisible dark cloud that hovers in the stratosphere, looming all around us and ready to attack when in our weakest states of mind. The invisibility of depression can be observed through the actions of those affected: avolition, abulia, apathy, anhedonia and more. Sadness in the shadows is much more common than you would think.

Just because someone may not act like it or talk about it, does not mean that they are not experiencing depression. Many suicides that occur are never seen coming, “He was the last person I imagined would ever do that”, “She always seemed so happy! I never saw any signs of depression in her.”

You can never assume that every person who you meet is showing their true feelings. Many people mask their depression out of fear of embarrassment and ridicule. It’s not easy nor comfortable to experience depression: it lowers your self-esteem, makes you feel worthless and crashes your self-confidence.

With the symptoms mentioned above, it’s no surprise why many people find it difficult to share their depressive feelings with others. The fear of people not understanding or the thought of others viewing them differently is sometimes too much to handle. They prefer not to take the chance and just deal with the symptoms in the shadows.

Hiding your depressive feelings is what makes up the invisibility of depression; no one can see it if you don’t reveal it to others. It’s as if you’re wearing an invisibility cloak, but deep inside there is something tortuous and potentially deadly brewing. That’s why it’s so important to keep fighting for the end of mental health stigma.

As long as the stigma prevails, the invisibility of depression will continue striving in the shadows, attacking potential victims at its first opportunity. The importance of eliminating stigma cannot be stressed enough, and this can only be done with openness, support, comfort and honesty.

The DSM Ready community calls on everyone from all walks of life to come together and help eliminate mental health stigma. Together we can and we will!

My Depression Is Not Getting Better

Deciding to take antidepressants is a big decision. It means that you have reached the point in your life where you’re considering the help of a psychotropic medication to alleviate your symptoms. For some, this may be an embarrassing decision to make: the stigma of taking an antidepressant remains locked in their minds.

The stigma of taking antidepressants is not what it once used to be. About 10% of Americans take an antidepressant. But your decision to take one should not be influenced by how many people you know that take them. Even if you do decide to be prescribed to an antidepressant, it does not mean that you have to tell people about it.

It’s no one’s business whether you take psychiatric medications or not. And you should not be ashamed of it if you are! Many people are slowly coming out and revealing their mental struggles with their friends and family. Celebrities are also opening up about their life struggles, mental illnesses and addictions which they have battled throughout their careers.

First things first: have you given yourself a fair shot at getting over your depression naturally? This involves:

If you have tried all of the above and still find yourself trapped in a depressive state of mind, then it’s probably time for you to be prescribed to an antidepressant. There are several classes available:

As with any medication, antidepressants do have side effects which have to be taken into consideration prior to being prescribed to one. However, not everyone is prone to experiencing the side effects. But on a positive note, they do work very well for depression and anxiety! However, it also takes about 4-6 weeks to see a difference in your mood.

If you have given yourself an honest effort at trying to defeat your depression, but still haven’t been able to do so, then it’s probably time to start considering an antidepressant. 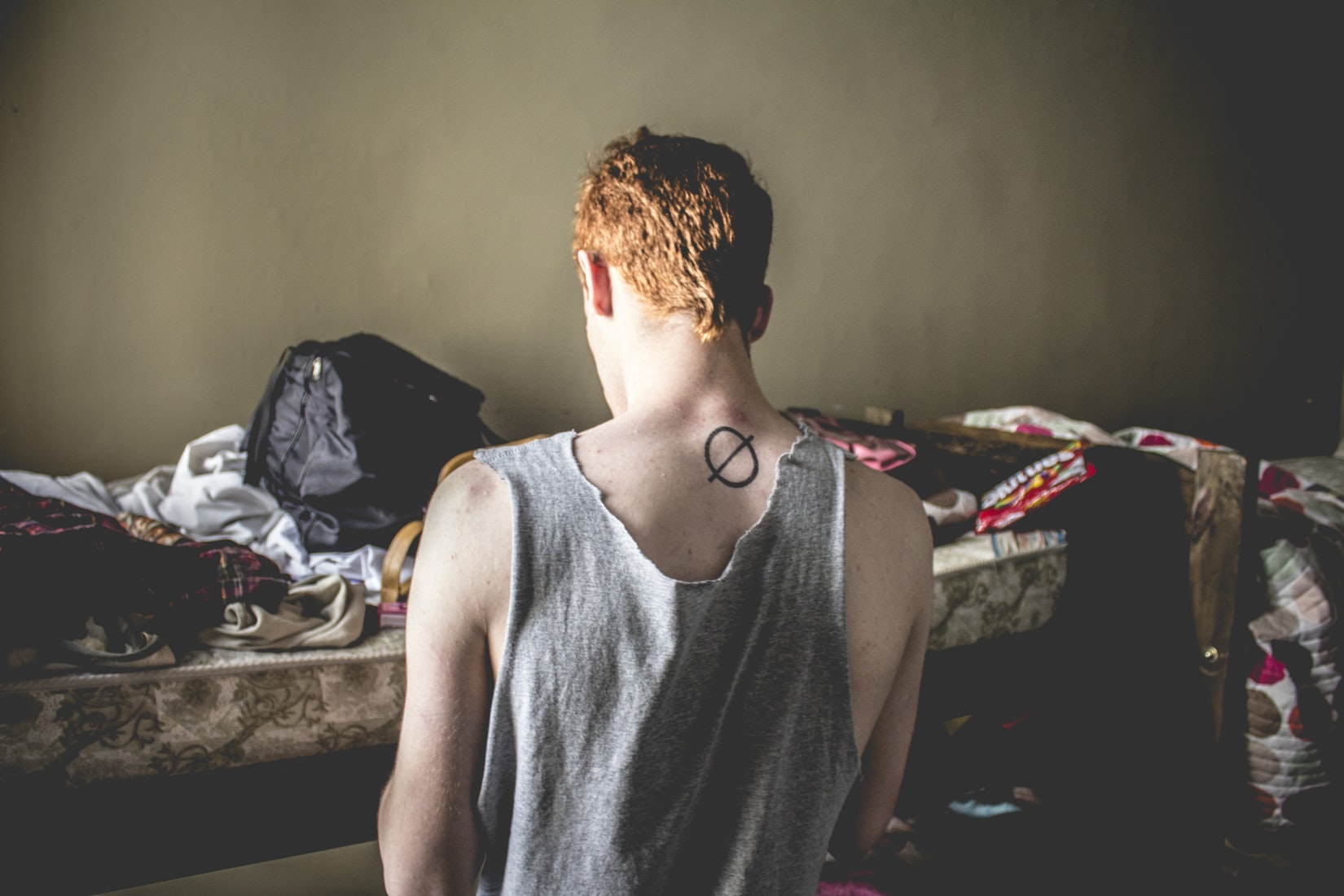 It’s Time To Come Out

There are many people who remain in hiding because of their drug addiction. Many are ashamed to tell their families because of their religion and stigma surrounding drug use. Drug use has no boundaries: it affects all races, nationalities, ethnicities, religions, ages, mental illnesses and whatever else has not been mentioned.

People find it easier to hide their drug addiction in order to avoid the uncomfortable and embarrassing conversations that often follow. In an addict’s mind, the energy and stamina required to cope with these conversations is simply not worth the effort. Time becomes more valuable when it’s used to obtain the drug and enjoy its high.

But living in shame is not the answer in the long-run. It might work for a few months or a few years, but your mental health slowly breaks down from your shame and misery. All you’re doing is suppressing your drug use into your unconscious mind; you’re essentially building a ticking time bomb.

Then there are the people who don’t care about being ashamed of their drug addiction, because they prefer to just enjoy the high and ignore the consequences. This scenario too does not last very long. Eventually the risks outweigh the benefits (getting high) and something always goes wrong.

Drug use has and continues to be associated with concealment and privacy. But it’s time to come out of the shadows and reveal your drug addiction to the world: “Hi. My name is Lisa and I’m a drug user.” “Hey. My name is Mark and I’m hooked on drugs.” We’re not attempting to embrace the use of drugs; we’re just attempting to initiate the first step much sooner, which is admitting to the world that you have a drug problem!

The stigma of drug use remains alive and kicking, but this is exactly what public enemy number one has been all this time. The war on drugs was a legitimate attempt by the U.S. government to help protect its people from the serious evil addiction to drugs. But the problem with the war on drugs is that it had the wrong enemy identified from the start.

The enemy of the people are not drugs. The enemy of the people is the stigma associated with drugs. Stigma is behind the secretive and allusive nature of drug use. Stigma is what keeps people in hiding and their drug use flourishing underground and well-hidden. If you eliminate the stigma, you eliminate an entire mindset that is associated with the use of drugs.

This is not in any way promoting the use of drugs. This is helping bring drug users out in the open in order to be exposed to help much sooner than perhaps “never later.” Exposure to treatment and support earlier in the addiction process has a much higher success rate than exposure later in the process.

Public enemy number one has been revealed. Are we ready to finally initiate the right war? 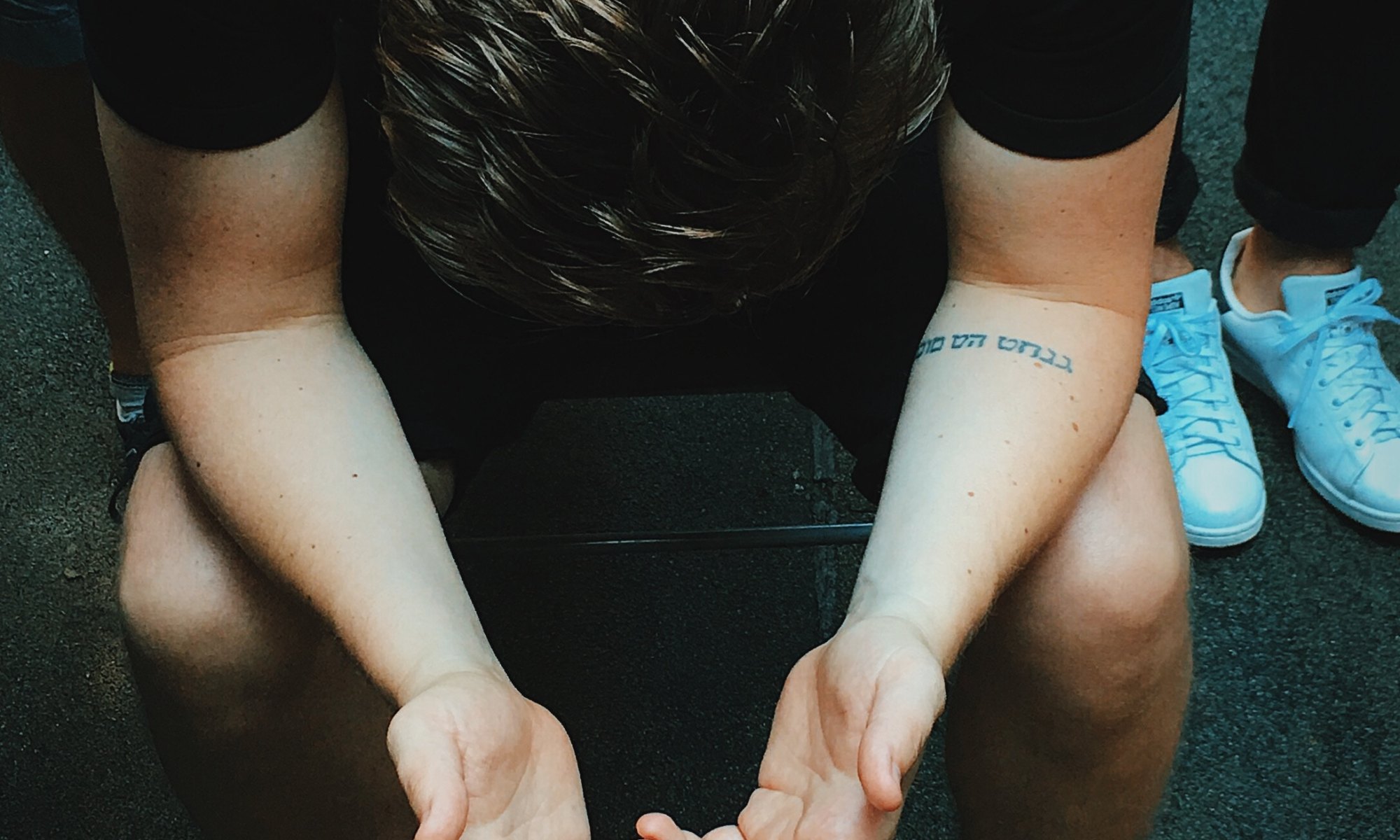 Ending The Stigma Of Suicide

Suicide rates are continuing to increase for adolescents and young adults. Between 1994-2014, the rate has increased 24%. Because of the stigma, suicide rates may be underreported, resulting in a higher number than is currently estimated.

The highest suicide rates are in white males above the age of 65. It is believed that this age group suffers from issues such as life satisfaction v.s. despair on not having lived a productive and fulfilling life. The elderly also suffer from depression, loneliness, medical conditions, neglect and abuse!

On the other hand, adolescents are committing suicide because of multiple factors: drug and alcohol abuse, strict parenting that results in too much pressure at school, bullying and peer pressure.

Adolescents are a particular vulnerable group because their frontal lobe has not finished developing; the frontal lobe is responsible for judgement and decision-making, hence why adolescents tend to get into trouble.

They also start identifying less with their parents and more with their peers; this is the time for them to mold their personality and fit into a group of young people that share similar interests.

It is important for parents not to lose touch with their teenagers once they enter this time of their life; allowing them to swim too far off shore may cause them to never return.

We need to come together and be honest with each other. There is nothing to be embarrassed about; sharing may save someone’s life. 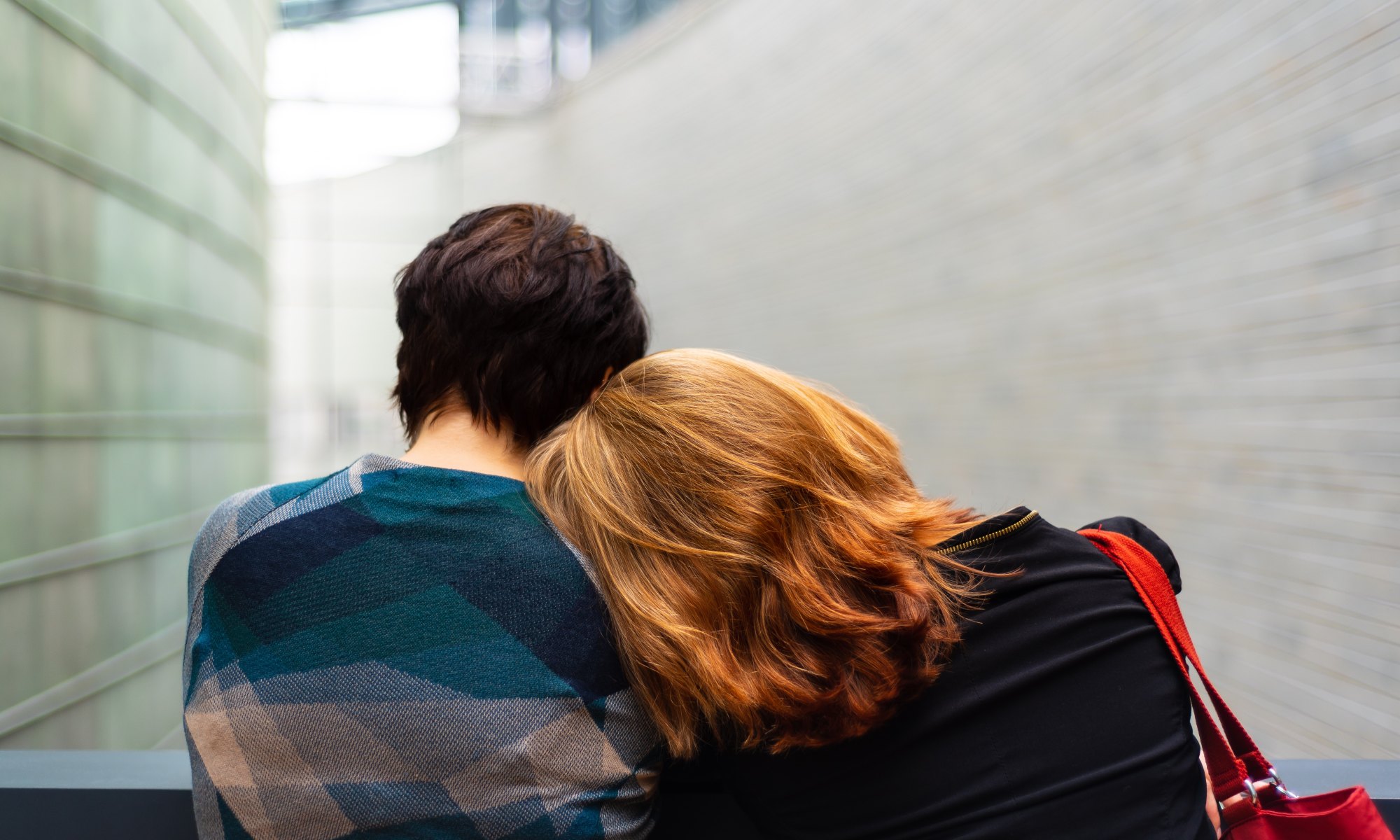 Why is there disgrace associated with mental disorders? Because someone is suffering from depression, anxiety, personality disorders, psychosis or addiction, society attaches stigma to the symptoms the person is experiencing? This no longer can go on, if we want to help society be open about mental disorders and their corresponding treatments.

Stigma halts progress; it is a barrier that stands before us and keeps many people hidden in the shadows; hidden from seeking treatment. The more we come together and share our experiences, the sooner mental health will be normalized and accepted.

There should be no shame to one experiencing depression, anxiety or even suicidal thoughts; the brain is undergoing neurochemical changes and needs help reestablishing order. Just like any sick organ in physical disorders, the same applies to mental illness. The key is coming together and sharing our experiences. Let’s learn why we feel depressed, anxious or experiencing hallucinations.

All of these experiences are frightening, but imagine how much more frightening they are for someone who cannot share them due to fear of stigma? This person can commit suicide due to stigma; his or her emotions will literally bury them if they cannot live in an open society, free to share their mental health concerns.

Let’s come together and put an end to stigma. I encourage everyone reading this post to share it as much as possible with your friends and family! Spread the word: we will end mental health stigma.